Why did the Buddha teach the Noble Truth of Suffering?

This is an extract of a lecture given by Bhikkhu Bodhi on the topic of Nirvana/Nibbana. Bhikkhu Bodhi has been a Buddhist monk since 1972 and is highly regarded as a scholar and teacher. He translates a large volume of the Pali canon to English.

The Buddha says that he teaches only Dukkha and the cessation of Dukkha, i.e. suffering, and the end of suffering.

The truth of suffering is not the final word of the Buddha’s teachings. It is only the starting point, the First Noble Truth, not the whole of the Dhamma.

It is important to understand why the Buddha starts his teaching with the truth of suffering.

He starts with suffering because his teaching is designed for a particular end. It is designed to lead us to liberation. In order to do this, the Buddha must give us a reason to seek liberation.

Normally, we aren’t aware of the problematic nature of our existence.

We live in a world of delusion. We see things as being pleasurable, attractive, permanent. We take our personalities to be a self. We live seeking pleasure seeking to gratify, We think only on how to maximise our enjoyment and our personal status.

In this way, we get lost in the world of (in)finite concerns. We get swept away by time, the currents of time.

We get sunk in the dark mass of ignorance. We do not realise that our lives are pervaded by Dukkha.

We don’t see the pain and suffering, the impermanence, the insubstantiality surrounding us in all sides. To lead us out of Dukkha, to bring us to the true state of peace, the Buddha first has to alert us to the danger. He has to make us see the problem, the peril. He has to arouse in us a sense of urgency.

His position is like somewhat like someone trying to save a man who is caught unaware of a burning house. The man does not realise that the house is on fire. He’s living there enjoying himself watching television, playing and laughing. To get him to come out, first thing that we have to do is to let him know his home is on fire. So, in the same way, the Buddha announces in the

First Noble Truth that our house is on fire. Our lives are burning with old age, sickness, and death. Our minds are flaming with the fires of greed, hatred, and delusion. Then, when we become aware of the trouble, when we are ready to seek a way to release then the Buddha can show us the possibility of freedom.

All conditioned phenomena are dukkha;

when one sees this with wisdom,

one becomes weary of dukkha.

This is the Path to Purity. 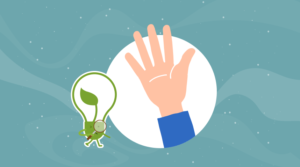 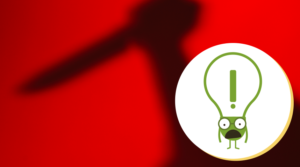 How to Provide Emotional Support the Buddhist Way

How to Provide Emotional Support the Buddhist Way