See also  #WW:💓Beyond attending Pink Dot, how can we support our LGBTQ+ friends? 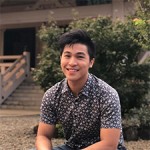 Data driven nerd who you may find hanging out more at libraries than at parties. Passionate about finding different ways to not fall asleep during meditation. A borderline social media luddite.
← Previous Post Next Post →