See also  How often do we wisely choose our workplace?: Applying Buddhist principles at the Workplace 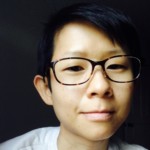