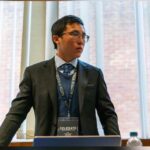 Remus is a Squash player with a keen interest in current affairs, politics & International Relations. In his spare time, he enjoys reading, pondering about life and listening to Dhamma music & talks to hone his practice

Remus is a Squash player with a keen interest in current affairs, politics & International Relations. In his spare time, he enjoys reading, pondering about life and listening to Dhamma music & talks to hone his practice
← Previous post Next post →

Help fund the operating costs of this site to keep these articles free for all.