TLDR: Comparing the lives of an old monk and his young apprentice, this film reflects on simplicity, love, and a life’s journey

Spring, Summer, Fall, Winter… and Spring is a beautiful Korean movie that reflects on our life’s journey, the choices we make, and subsequent consequences.  The movie is set in a temple floating upon a tranquil lake in the middle of an untouched forest. It revolves around two main characters: an old monk and his young apprentice.  They sustain themselves by gathering herbs from nature, engaging in simple chores, and recitation of suttas or Buddhist scriptures. 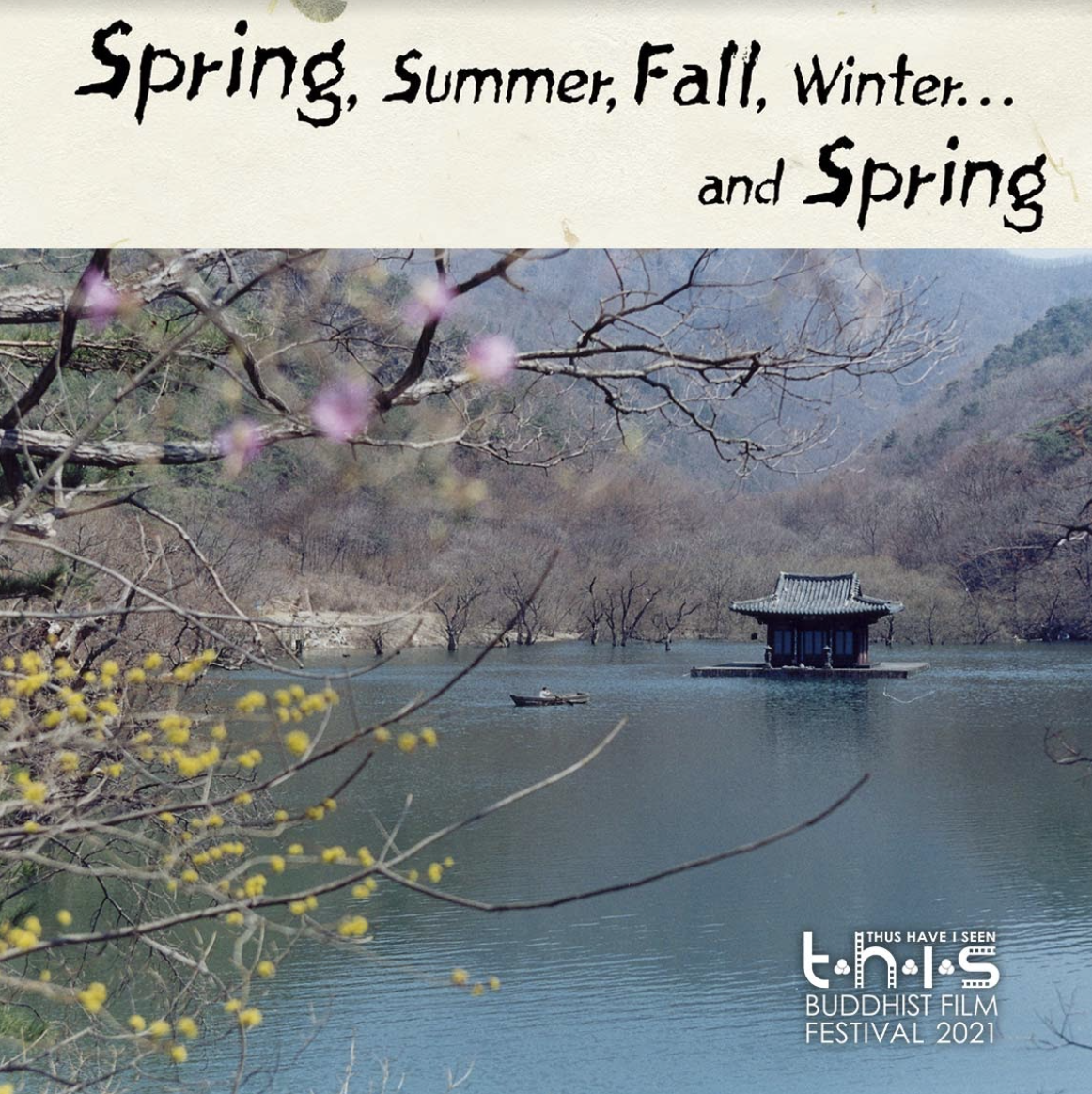 Watching the young apprentice living his youth in such peaceful surroundings in comparison to our bustling days, I thought surely, he would be much happier than us?

After all, we are constantly seeking that “peaceful” place, somewhere where we can be one with ourselves, and achieve the happiness that can be so elusive.

Through this movie, director Kim Ki-duk leads us through a comparison between the lives of the old monk and his young apprentice.  As the season changes into years, both individuals are transformed.  The young apprentice experienced various emotions as he grew from a child to a man.  As Kim Ki-duk says, “I think that a human being’s life is very similar to the four seasons. The four seasons all have very different characters”.

What we see in this film is that in each phase of our lives, or as our mind changes, we also begin to form certain views, emotions, and actions.  An example is a young apprentice who began to develop a physical attraction to a young girl.  As he drew away from monkhood and entered the lay life in pursuit of his “love” subject which he believes would bring him happiness, his desires eventually drove him to commit a crime.  With the police hot on his heels and his heart like burning coal, he decided to return to the temple of his youth.

The World Of Men

Here, we are shown a comparison of the old monk who has lived in simplicity all those years, unperturbed by external distractions.  Despite physical struggles with his ageing body and a solitary life with nothing more than a cat as a company since the young apprentice left, the old monk remains calm throughout the film.  He also dispenses short teachings of wisdom, to cool his apprentice’s feverish heart.

“Didn’t you know beforehand how the world of men is? Sometimes we have to let go of the things we like. What you like, others will also like.”

Letting go of desires is a key teaching in Buddhism.  And though this film mainly depicts two monks, I doubt the director is sending us a message to leave all our loved ones behind, shave our heads and live in a secluded temple.

Instead, my understanding of the movie and its simple similes through the scenes is that peace and happiness are not found outside, but are simply a state of mind.

Stone In Your Heart

If we let our lust and anger dictate our minds, we may make regrettable choices.  These choices do not just affect those around us, but they can become a heavy burden in our hearts.

“You will carry the stone in your heart for the rest of your life”.  This was one of the old monk’s first wise teachings at the beginning of the film.  As the story nears its closing,  we see that the young apprentice who is now in his middle age has begun to understand an important thing; although he may not be able to undo the wrong he has committed in the past, forgiveness and patience are the key factors to finding peace in his heart again.  This was shown as he hauled a heavy rock up a hill, and when it finally came to a rest, his face was both clear and serene.

With this film, do not expect much drama.  In fact, there are barely any lengthy dialogues.  There are no special effects or tear-jerking moments.

I expected to be bored, but as the film progressed,  I found to my surprise a spiritual depth to the movie reminding me to let go, forgive and be patient as I find happiness through the four seasons of my life. 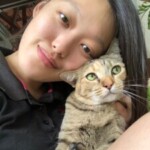 A cat worshipper. Nana is still on the journey of discovering more about life and its surprises. Helping me along the way is mindfulness, voluntary service and reading books of past luminaries. I don’t usually write but when I do, it’s about reflections on life.
← Previous Post Next Post →